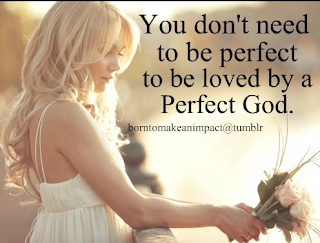 Do You know you're exactly where you're supposed to be?


With...
ALL the shame.
All the failures.
All the defects of character.
All the guilt.
All the fears.
All the addictions.
All the anxieties.

Nothing is left unexposed.  NOTHING.

But His filter is unlike anything we can fathom...

Cleaning up.  Picking up.
Purging out.  Plucking out... This IS God's job, not ours!

Come as you are to Him.
Authentic imperfect you.

His heart explodes for the perfectly imperfect people, such as ourselves.
The one's who recognize we don't have the power to change without Him.

Spend one afternoon reading the short three year life span of Jesus and you will quickly recognize his tenderness, his kindness, his grace which knew no boundary.

Except... when it came to one group of people... the hypocrites.

The one's who claimed to have it together while rotting away inside.

The one's who presented themselves as of importance, yet ignored those who were not.

The one's who preached a good talk, but lived a different walk.

The one's who fed on praise, but ridiculed others.

These are the one's Jesus became angry with... And I'm talking angry!!
If I've learned anything from reading about this, it's not to be these people.
Yet... my flesh fights me on this EVERYday of my life.

Ah, but the one's who humbly admit
weakness
sin
failures
pain
disappointment
rejection-
Jesus' compassion flowed through them like a purifying stream of beauty.

I can almost feel it through the pages of His word.
Strengthening
healing
equipping
to be who He originally designed them to be.

Nothing brings greater joy to His heart than doing what He does best-
Restoring and reviving a willing, imperfect soul.
Posted by Joyelle lee at 8:07 PM