To tell you my story 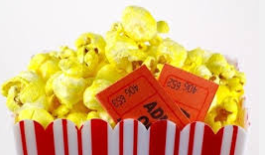 We sat in the last row of a Florida movie theater one rainy vacation night.

The movie 'Son of God' was playing and the five of us snuck-in just in time to the sold out theater as the first scene began to play.
The movie was powerful & message impactful, yet it wasn't the movie that sowed a transformational seed in our memory that late Florida evening.

As the last line was spoken and the last tear was wiped from my tear-stained cheek, the credits began to roll across the screen while the light remained dimmed.

No one moved in this filled-to-capacity theater- not a word spoken besides the silence of pounding hearts filled with the enormity and beauty this film just revealed.

It was as if the 250+ people were temporarily paralyzed.
We couldn't move, speak, catch our breath.
So we sat and we sat in silence.
Any other response seemed cheap and dishonorable to the experience we just encountered.

But then it happened.

A voice broke through the thickness of the silence as I heard a faint, quivering, young man's voice say "Excuse me."

As his voice penetrated through our momentary paralyzation, fear immediately gripped me as I impulsively pulled my kids into my arms, attempting to protect them from what just may happen. 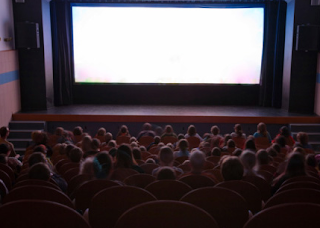 To my left, my eyes strained through the darkness to view a young man ten rows in front of us, slowly lifting his body into a standing position amongst a completely filled room.

He cleared his throat, pausing as we anxiously and nervously anticipated what the next second would reveal.
He slowly turned his body towards the crowd and then spoke.

"Can I please have everyone's attention...?"  Again clearing his nervous, shaky voice.  "I've never done something like this before."

"I'm just a kid.  I'm not a pastor, I'm not a public speaker, I'm not anyone of importance.
But God freed me, unchained my captive heart, gave me life, healed my pain."

"His love transformed my life and I want all of you to know how deeply He loves you.
He told me to stand up and tell you of His love.
I'm more uncomfortable and nervous than I've ever been in my entire life, but I know God wants me to tell you He loves you."

As he embarassingly wiped the streaming tears from his face, he said one more thing, "Can I pray for you?"
And as if all 250 of us rehearsed this moment many times over, we, in perfect sync nodded our heads yes.

But this prayer was unlike any prayer I've experienced.

Perhaps because I was amongst hundreds of strangers in a movie theater that now became my family.

Or perhaps because his words carried super-natural weight simply because they weren't his, but God's.

Or perhaps because Gods power is only fully activated in the presence of genuine humility.

Whatever it may have been, this prayer, through a humble obedient teenage boy, ripped through the core of my being and thawed out a heart that ices over so easily living in this broken world.

As he melted back into his movie chair, we unanimously began to clap.

Clapping with purpose, with joy, with hope, with love, with gratitude.

Clapping in response to his courage.

Clapping in response to his obedience.

Clapping in response to his humility.

Clapping for what we've all wanted to be and do, yet folded under the pressure and weight of cowardliness.

Clapping to represent our bubbling over grateful spirit for experiencing the power of God, first hand, through this young warrior.

Clapping to encourage a teenage boy who chose to exceed his comfort zone and live for an audience of One.

And just when I thought we were in this theater to be entertained by a movie, I quickly realized we were there to witness the actual presence, humility, courage, love, strength and power of Christ through this young, brave, courageous man.


Just yesterday, while driving home from dropping my youngest son off at a friends home, the song "My Story" played through the speakers of the car.

The words were fresh and new to my ears, and they flooded my heart with memories of the night in that Florida movie theater.

The songs lyrics repeatedly sang "To tell of my story is to tell of Him (God.)"
I paused and owned this question as my own.

To tell of my story is to tell of who? Of what? Of where? Of when?


What is the story of my life telling?

Is it telling of Him?

When this young man tells his story, his story will tell a story that will tell of HIM.

A story which tells of going beyond what is deemed right, proper, reasonable and tells of listening to the voice of the Holy Spirit that breaks chains, brings dead back to life, straightens twisted paths, levels out the mountains, fills in the valley's and pours flowing rivers of life-giving power into the dry lands of our hearts. 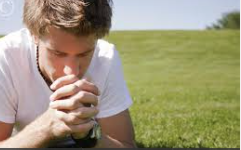 Yes, if and when this young man tells of his story, you would hear freedom, victory, hope, love, life and courage that fought through and conquered the thick bars of fear.

I ponder how bold, how fierce, how passionate, how purposeful my everyday life would be if I lived moment by moment with the filter that my story is to tell of Him.  Not my job, my ministry, my friends... but Him.  All the other gifts are just that- precious undeserved gifts.