My husband was held at gun point and what he did next will astonish you!

Ten years ago today, my husband was held at gun point at a bank on the morning of his 30th birthday.

I was due to deliver our third child the following day.

As he cashed a birthday check with the bank teller, a loud yell approached his ear with impact and intensity.  He instinctively turned his head to glance towards the noise and a gun greeted him while resting and pressing its muzzle against the skin of his forehead.

After being threatened that everyone was going to die this particular morning, he and the others were mandated to place hands up and backs against the nearest wall.  As he fearfully obeyed the orders, he saw a near by open office and intuitively crawled his body under the desk to hide, to protect, to take-cover, while the gunman's attention was now focused on the prize for which he came for. 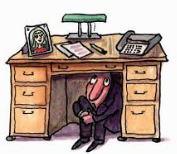 Jamie positioned his neck in such a way his eyes could capture an instant & quick vision of the gun. Recognizing the gun and knowing a little of its capacity and limitations, he knew the further the target, the less accuracy of the shot.

While in that moment of thought, he crawled out from not only the desk, but from the cowardly position the gunman placed him in.... and he RAN.

He ran as fast as his laced business paten leather shoes had ever moved in his life time.

With each step he expected to hear a shot and to experience its direct impact, but he continued to run and he ran straight into the middle of Woodward Avenue screaming with every fiber of his being- "HELP! HELP!  WE NEED HELP!"

Jamie knew the gun.  He knew the intimidating weaponry.  He knew the device used by this enemy to harm him. Better yet, he knew the God in him who was greater than the enemy waving empty threats through a medal gun pressed up against his forehead.

Do I know mine?  Do I know the type of threatening weaponry the enemy uses?  Do I know its deceitful limitations? Or do I cowardly believe his intimidation and lies simply because I don't know the logistics of his gun?  His gun is no match to the armor, protection, provision, safety & love I have in the all-powerful, all consuming, all-knowing right hand of Jesus Christ.  And yet, my enemy waves his little gun in my face, attempting to plant seeds of fear in my soul and tempt me to crawl under a desk in the fetal position shaking from his barren threats.

But if I really knew the limitations of his weaponry and relied on the steadfast protection and certainty of God's goodness and faithfulness-- I'd get up and RUN!

I'd run... straight into the arms of my Protector, my Healer, my Lover, my Redeemer, my Restorer, my Comforter, my Counselor, my Good Father. 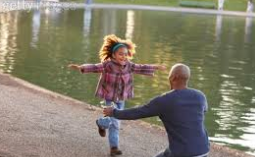 It's here and only here can I be free from the FEAR of the enemy.

Yes, where fear is no longer camouflaged into looking like something it's not.

It's here in which fear is revealed at its most vulnerable state for the deceit, the ugliness, the craftiness, the damage, the destruction, the pain, the wounds it desires to inflict-- all the while disguising, masking and covering up its truest and twisted motive of desiring death.

Fear is masked and craftily disguised.  It's delusional in nature and will stop at nothing to convince me it's anything but fear.

If Jamie were to have stayed under that wooden bank desk, his choice would of been for self and self only.  For Fear keeps me bound & captive to self.

But his choice to RUN- yes, this was for me, for my daughter, for my two sons while our faces were implanted on his heart with each step of bravery towards Woodward Ave.  He recognized his family deserved a Father, a husband, a leader and he refused to allow the enemys weaponry to prevent this hope from becoming a reality.

He had to RUN!  Run to safety.  Run to the arms of the Only One who offers life, refreshes souls, forgives unfathomably, pours grace unboundedly and restores joy unequivocally.  Yes, Jesus is calling me out of fear.

Fear blocks the flow of Gods voice, His power and His grace into my heart, mind and thoughts.  I know this simply because I have lived this.   It's like a beaver dam- blocking the river, the flow, the washing over of the Holy Spirit, therefore starving my parched and hungry heart.  And to this day, I still find myself overwhelmed at how strongly and severely fear can dictate and operate my every day life and decisions.

Yet, My desire is to be that of a flowing continual moving rapid of His power, courage, boldness, selflessness, confidence and bravery streaming through my very being--all the while purging and washing ashore each and every remnant of fear.

Fear desires nothing more than to intimidate me into a self-protection position under a desk of a bank so that I will not live out the incomprehensible calling and immeasurable purpose He has predestined for this life.  God is calling me and YOU to Run!  Wake up! Arise!  Go!  Move!  Will you join me as we run together toward Woodward Avenue screaming "HELP!  HELP! I need a Savior!"

And just like that, our Good Father rushes in to gently rescue, radically redeem, purposefully restore and relentlessly rebuild that which the enemy intended to harm.