The resurrection of a dead marriage 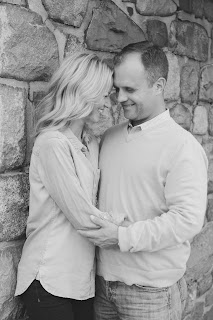 Almost immediately I came to the stark realization there is no such thing as cruise control in marriage.

We lost electricity during the ceremony more times than I can count-- greeted with strikes of piercing lightning radiating the dark sanctuary with sharp and sudden flashes of light in between the vows and ring exchange. The Redford Observer's cover story the next morning stated that June 12, 1999 was the largest storm in over twenty years.

Quite possibly this was an indicator and/or a direct reflection of the storms that were to lie ahead.  And it was apparent, almost instantaniously, the enemy was after our marriage the exact moment we said our I-do's. 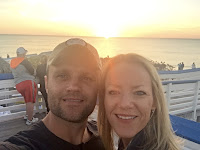 He was going to stop at nothing to tear apart that which God had placed together.  He recognized, much more than Jamie and I fully comprehended at the time, the power, the force, the severe impact we, as a married union, could have for a hundred generations.

Had I known what I humbly comprehend now, I would of seen the reality behind God's original blue print when He ordained, designed and implemented marriage.  I recognize marriage was originated so that we could be an accurate representation of His security, His devotion, His faithfulness, His protection, His character, His power, His kindness and His unconditional love to one another.

And yet, the enemy, who desires nothing more than to destroy marriages, has full insight to the generational impact and effectiveness of a married couple.  He relentlessly and tirelessly pursued our marriage-- stopping at nothing until he caused enough strife, hostility, dissension, division, anger, bitterness, unforgiveness, rejection, wounding, deceit and betrayal for us to fling our hands in the air and say his three favorite words which bring twisted music to his dark and wicked ears.... "I give up." It's then he smiled his repulsive grin and slithered away fully satisfied- for his only objective was to kill, steal and destroy. (John 10:10) 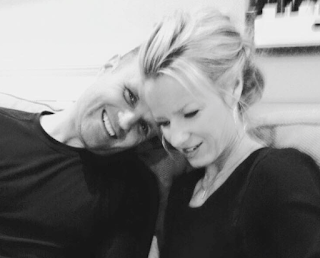 From day one of our marriage, he caused quarreling, he planted discord, he encouraged disagreements, he generated disputes, he induced strife, he introduced chaos and produced confusion.  It soon became a repetitive and habitual response to our every day living.

The core foundation of the marriage cracked just slightly open with each repetitive argument- flooding in buckets of mistrust, judgements, assumptions, jealousy, control, manipulation, fear and insecurity--to name a few.

Little did we know how viciously, purposefully, relentlessly and maliciously we were being hunted-down.  Instead of recognizing the true-enemy, we looked and saw only each other as the villain.

Satan took pure delight in watching the debris and the aftermath remnants of our parental arguments being poured over, fallen onto and seeped into the tender and innocent hearts of our children-- hoping and purposefully striving to cause debilitating instability, crippling fear, constant confusion, on-going mistrust, false rejection, wavering uncertainty and deep-seeded-wounding into their sweet little identities.

Nothing brought him greater twisted-joy than to watch Jamie and I argue over words, stature, control, ownership, authority, rights and wounded emotions.  Pride fueled the arguing and selfishness drove it.... straight into a brick wall, every time.

As if it were yesterday, I turned the corner after a grueling argument of selfish motives, hurtful words and hateful gestures, to see my five year old daughter clinging to the stairwell post with tears streaming down her rosy button cheeks.  As I wiped away the blonde strands of her long, thick hair sticking to her tear drenched neck, she looked as me with her perfectly round, blue, innocent eyes and whispered "It scares me when you fight with daddy. I'm scared Mommy." It was in that moment I came to a life-altering recognition that nothing has more of an effectual power to shake the very foundation of a child's security than that of quarreling parents. 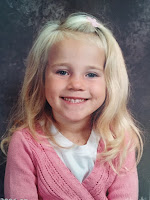 I recognize now it was a heart condition that didn't fully trust God when I chose to argue rather than bring it to God- my True counselor, my Great Physician, my Guardian of my soul. I simply and naively didn't trust God to eradicate darkness, to provide healing, to remove brokenness, to eliminate pride, to destroy selfishness, to snap chains of bondage, to massage a hardened heart, to fill in the cracks, to convict that which was harmful.  And as a result, I'd step in and play His divine part to change my spouse, when in reality it was me who needed the heart transformation.

The changing of my husbands heart never went as I desired it to go- simply because it was never my burden to bear... or repair.   Even with my well-thought-out ideas & well-put-together plans & well-structured-boundaries,  it failed to succeed.  Every time.  Day after day, week after week, month after month and year after year this exhausting cycle continued.  God loved & cared for me too much to allow my own deceitful heart to be masked by the deception of denial.  I found it considerably easier to point a finger outward than to allow His Light to reveal and expose that which was broken within me.

I wanted to be heard.  To be understood.  To be empathized.  To be consoled.  To be whatever the need of my heart may have been in the moment.  And when it wasn't provided, whether deserved or not, I was willing to fight for it regardless of the damage it was causing the little ears listening.

We were both participating in adult temper tantrums resulting in generational harm to not only our own hearts, but to every person in our sphere who loved us, depended on us, looked to us, relied on us, especially the little-one's who'd been entrusted into our care.

I finally held up a white flag and surrendered myself before the Only One who was capable of heart transformation-- Jesus.  After too many attempts to even admit, I finally grasped, through utter exhaustion, that I was significantly under qualified to change anothers heart, including my own.

With each new morning I'd crawl my weary body, broken heart and shattered spirit into His all-consuming, peace-filled, love-oozing presence- where He'd NEVER fail to nurture my breached soul, feed my confused mind and console my burdened heart.  It was here, in the simplicity, humility & calmness of intimacy with God, in which my heart was healed.  My Spirit was refreshed.  My mind was reprogrammed.  My Joy was restored.  Once I had sampled this type of Unfathomable freedom, I was forever wrecked.

And as much as I want to, I won't go into detail regarding my husband's own restoration story, for it's his to tell.  But, if you find yourself in a position of sitting in front of him over a cup of coffee, you'll be blessed beyond measure to hear witness to God's story of redemption and grace. 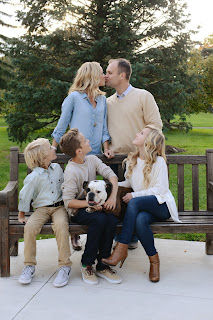 Ironically, just this afternoon I heard a statistic that 50% of marriages- both christian & non-christian end in divorce, as we are all well aware. However, according to the National Association of Marriage Enhancement, only 1% of couples who pray together on a daily basis, end in divorce.  This study unfortunately stated that only 4% of Christian couples pray together daily and only 6% of pastoral couples pray with one another regularly. 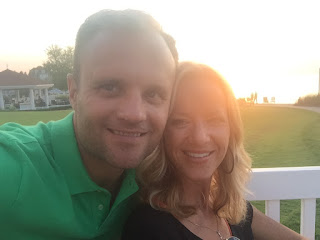 Prayer with the God-of-love changes, transforms, restores, redeems and rebuilds that which was broken and left for as good as dead. Prayer, together &/or individually- if your spouse chooses to not engage- CHANGES hearts, CHANGES circumstances, CHANGES lives! And yet the enemy desires nothing more than to advise us down the path of generational destruction- all the while convincing our own heart to believe the lie that our marriage is beyond repair.  Our circumstances are beyond redemption.  Our story is beyond restoration.

If, by chance, you're reading this and it's too late for reconciliation in your marriage-- know this one thing.... God adores you. He sings songs of praise over you. He finds pure joy out of making your former rubble into majestic fields of beauty.  There is no border, no boundary, no limit to what He is capable of doing.  Offer Him your heart and be prepared to experience a life that no eye has seen, no ear has heard and no mind has imagined what He has prepared for those who love Him. God finds joy and satisfaction in making our mess His message.

Together, lets allow the buckets of hail, the torrential rain, the undriveable flooding, the bolts of lightning, and the earth-shaking thunder of the-storms-of-life to supernaturally catapult you and me into the arms of the Only One who can and will deliver the calm after the storm. 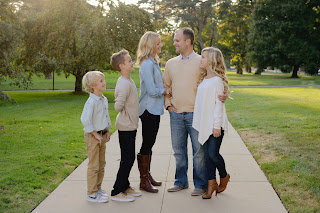