Hiding among the baggage 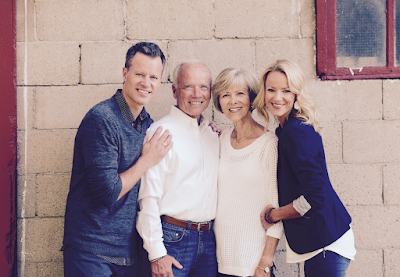 Have you ever felt the least of your family?

And inspite of my family's consistent affirmations of love and praise towards me, in my mind, the facts simply outweighed their sweet words.

My brother is strikingly handsome as all get-out. And don't get me started on the natural, raw, God-given talent that oozes effortlessly out of his angelic vocal chords.

Than there's his innate talent to perform. To light up a stage. To memorize line upon line of hours worth of production material and to consistently be the hit of each and every show.

There's more-- he's an artist too. Yep I know. He takes a simple pen and an empty blank paper and turns it into absolute creative beauty.

Just when you think there couldn't possibly be more, he also is the founder and head honcho to one of the only creative churches in existence that focuses on the community of creative arts and the acting community.  (It's called the greenroom-- check it out @ thegreenroom-annarbor.com)


Okay, I saved the best for last. Because of my brothers very existence, my dad turned his life over to Jesus (literally.) He heard Gods audible voice while looking at his new born son in the hospital and chose in that very moment to follow Christ.

I'll never forget the day I walked into Mr. Lenz's choir room in the fall of 1990 to try out for Concert Choir.  Concert Choir was where it was all at! You've reached the top of your vocal game when you've made it into Concert Choir.

I was much more interested, however, in wearing that satin royal blue floor-length flowing performance dress than the singing portion of it.

But, I never did get the opportunity to wear that satin royal blue floor length gown. (I'm still grieving over that loss.) And even though Mr. lenz' excitement that Scott's sister was there to tryout for Concert Choir surpassed that of my own excitement to one day parade the stage wearing my royal blue satin dress, it soon fizzled out. Quickly. Abruptly.

His face lit up as I approached his piano. "Look everyone!"  He proudly announced to the handful of cool high school singers lingering in the choir hall. "Scott's Sister is here to try-out!" as he smiled from ear to ear.

The room grew fearfully silent as he straightened his back, placed his hands perfectly and properly on the ivory keys and pressed his three fingers gently on the C chord for me to follow with my voice.

Yep, than there was me.

But in spite of my own obvious weaknesses, I remember vividly experiencing a depth of proudness that bubbled over while listening to my brother delicately sing life into a song, or confidently preach on stage, or effortlessly perform in a theatre production.  I loved (under statement) wearing the label of "Scott's sister."

But, this title all too soon and all too easily became a piece of my own identity.

I hid under this label because my brokeness, my bondage, my fear, my anger, my toxic thinking, my emotional strongholds, my unforgiving spirit-- they all fed my heart lies that I would never find wholeness, fulfillment, purpose and genuine life-giving intimacy with God. But at least I had one good thing going for me... I was Scott's sister!

A man named Saul was chosen by God to be the very first King of a nation. And when Saul found this out, he immediately said "This can't be! My family is the least important of all the families of the land.  Why are you talking like this to me?" (1 Samuel 9:21.)

But God persisted and chose Saul to be king. So, soon after thousands upon thousands of people gathered together in one place to see and be introduced to their brand new king Saul!

I was hiding behind some baggage too.

I know I'm not a King, but I am the daughter of One. And He has whispered ever so gently, yet persistently--- come out from under the weight of your baggage, Joyelle. Come out of hiding and allow me to fulfill the purpose, the calling, the plan of your life.

"Yes, that's you away from the cross." God would share as He spoke directly to my heart. "But next to the cross, sweet daughter, anything is possible."

"For the lord grants wisdom, from His mouth comes knowledge & understanding. He grants a treasure of common sense to the honest.  He is a shield to those who walk with integrity. He guards the path of the just & protects those who are faithful to Him." Prov 2:6-8

In other words, God's looking for a heart that seeks Him. He sees beyond my fragile humanness, my hindered weaknesses, my less than perfect vocal chords or even my natural strengths --- and goes straight to the heart.

"The Lord doesn't see the things the way you see them. People judge by outward appearance, but the Lord looks at the heart." (1 Samuel 16:7.)

God uses both the naturally talented and the least-of-the-family to accomplish His purpose. There's no human lack or human strength that prevents him from using us; as long as there's a humble, willing, thirsty, obedient heart within these human tents, as frail or as mighty as they may be, pleading  "Here I am lord, send me. And I will give to you ALL the glory due."

Is He, by chance, calling you out from among your baggage?

To prop up your head just ever so slightly above the mess of the baggage and see your Father reaching out for you?  Waiting for you to rid yourself of the weight of your past, the lies of the enemy and the shame of your weaknesses-- so that you'll embrace the life of purpose He has hand-crafted, hand-sewn, hand-designed, hand-structured, hand-chosen, just for a time as this... for you and for me?

My brother, yep, he's pretty talented and creative and handsome.  But he, too, will be the first to share that all of his natural strengths mean nothing when compared to the incomparable power and incomprehensible might of Gods spirit working within our surrendered, weak and fragile bodies-- so that His power alone is what radiates through the cracks of these human vessels . His. power. alone. 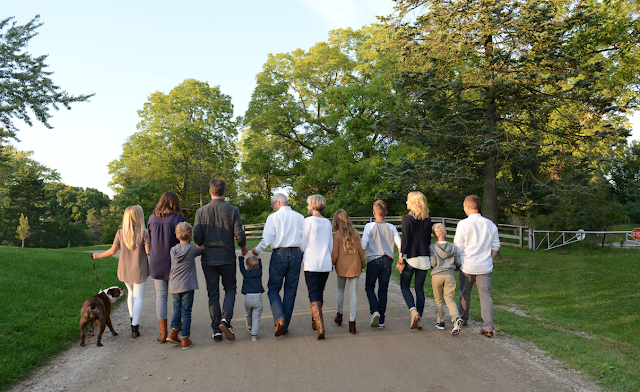