To the child who didn't make honor roll; and why it's okay not to be okay. 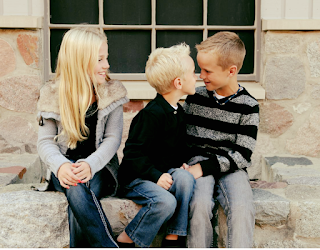 Their little hearts thrive in the classroom setting--obtaining recognition, assurance, fulfillment and purpose.  And as a result, the flawless grades, the continual applause, the constant praise; they all become a natural byproduct of the school's structure, environment and DNA.

But, I also have another child.  A child, too, with extraordinary skills, inherent talent, limitless energy, uncommon intelligence.

And yet, school is difficult for this one.  Torturous, really.  To say it's a constant struggle, is an understatement.

And no matter how often, how deliberate, how passionate we and his empathetic teachers share truth of who he is, he has the red-marker capital F written across his latest classroom test to prove us wrong, and simultaneously, across his fractured heart.

But there's more.  Isn't there? Yes, you know. You know If you're the parent who sits with your child night after night--confirming, repeating, whispering, chiseling into their sweet little confused ear the truths of who they are; that it's not what tests reveal, not what peers assume, not what honor society deems honorable.

Yep, you know the truth of that perfectly, hand-crafted, hand-designed, masterpiece of God's doing. You know with all certainty that your child never ceases to amaze you.  And even though society, peers, honor roll tell him otherwise, you know his talent, his strengths, his cleverness, his competence, his quickness, his entrepreneurial mentality, his ability to make you belly-laugh harder than any other human being, far exceeds that of any honorable academic recognition needed.

His gentle Heavenly Father, the same One who makes no mistakes, no junk, no mishaps, knit him just as•he•is and with a smile across His satisfied face, said "it is good."  He is good. He is enough. Just as he is.

And so, to you wearied, concerned, exhausted, frustrated parent of a child who struggles in school, please know this-- God has already written your child's story.  This small hurdle in his/her story will be used to equip, prepare and enable your child to succeed at that which has already been paved out before them. Their destination, their calling, their purpose-- it's bigger than their latest Spanish quiz. This test, amongst the countless others, does not define her worth, represent her value or designate her acceptance. But it does provide her with a rich, deep, abundant life-skill of empathy, sensitivity and compassion to a hurting world desperate for a drop of encouragement and a source of hope to others who struggle as she did.

And truthfully, isn't character, love, compassion and empathy the very virtues of a life well lived?

It's definitely possible to have both academic success as well as Godly character; and I wholeheartedly pray my children obtain both in full measure.  But if I had to choose one over the other, I'd choose that which God deems far more necessary and generationally impacting in the lives of His children-- the heart within. 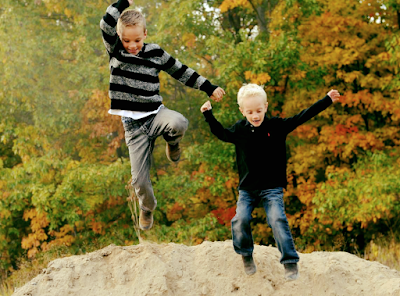 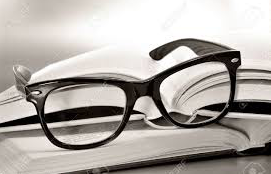 I had read hundreds of Christian self-help books by the time I was 30. Easily over 200.  Probably more, I admit hesitantly.

From Boundaries, to The Search for Significance, to Breaking Free, to How People Grow-- they all captivated me.  Mostly because that which was harmfully parched on the inside was longing for satisfying hydration from the outside. Only problem is that there was no outside hydration gratifying enough to quench the brittle heart within.

Every well had a floor and I eventually bottomed out each time I convincingly felt I found the river of life.  Unbeknownst to me, however, the river of life belonged to the One to whom owned a well of water that never ran dry.  That never disappointed.  That never failed. That never bottomed out.  It filled an aching heart. It soothed an open wound.  It satisfied an inner longing.  It quenched an internal exhaustion.

I still remember a particular phone call clearly and vividly.  It was just days after I had purchased a new, clean, crisp, soft-covered self-help book filled to the rim of providential promises to free me of toxic relationships, binding strong holds, harmful perfectionism, codependent enablement and addiction of others approval.

At least that's what the cover assured.

I opened up the first page, my eyes overflowing with disillusioned hope and a sort-of deceitful optimism that this was finally the book, the answer, the remedy, the cure, the antidote to that which was dulling the heart and imprisoning the soul.

So, I read the book.

Truthfully, I devoured the book in one seating, binging on every word while actively engaging in the gluttonous pursuit of comfort.  The unquenchable pursuit of freedom. The relentless pursuit of purpose. The persistent pursuit of joy. The unattainable pursuit of answers.  The wearied pursuit of.... oh yes,  r e s t.

I was right about one thing, it most certainly was an Author-- just not the one who wrote this book.  The Author I was unknowingly searching for was in between the crisp pages.  In between the straight lines.  In between the black letters.  And in my own heart that searched feverishly for that which I had obliviously obtained all along-- the Author and Perfector of my faith.

But that seemed too simple, too complex.  And somehow the combining forces of both simplicity and complexity drove my idol-worshipping, broken-minded mentality to subconsciously shrug away truth.  Truth that should, could, and would of set this captive free.

I had made a habitual pattern of worshiping that what had been created instead of the Creator. The Christian self-help books were designed, written and published to draw the eyes of the hurting church and a wounded people to seek Gods face for solution.  Yet, instead, my confused mind became obsessed with the assurance that the human author held the solution.  Because, in my upside down faulty thinking, gifting trumped anointing.  Status trumped humility.  Spot-light trumped His-Light.  Applause trumped character. Being known by the multitudes trumped being known by the One.  My entire mindset was discombobulated and I had developed a serious condition of spiritual vertigo.  I had lost all divine vision and direction for the one path that would lead me home.

And so I did what any rational person with this type of skewed mentality would do, and I hounded down the authors contact information.

I sought her voice instead of His face.

I remember the call clearly and vividly with this Woman-of-Faith conference speaker and multiple book author.   We had spoken via email for a couple of days and chose this day, this moment, this time to speak over the phone.

My heart raced with both fearful anxiety and desperate hope as my ear listened intensely to each individual ring.  My left hand clung tightly to the book she had written; oozing of underlined sentences, stared words, colored hearts, coffee stained pages and tear stained question marks now littering the previous clean crisp pages.

Eventually the ringing seized and a friendly voice calmly and politely said "hello?"

After a few short moments of small talk, I emptied it all out.

Lamenting, complaining, grieving, weeping, blaming, defending, deflecting.  All of it purged forth effortlessly and passionately from the volcanic heart within and into her corner of the world.

She waited patiently for the adult temper tantrum to come to a much needed close and sweetly shared one piece of advice.  Three small words that both exhilarated and completely shattered my heart:

"That's it?"  I thought. "Let it go?  That's all the advice you have for me? Because if I had the ability, the strength, the power, the know-how to let it all go, wouldn't I of done that a long time ago?"

I could barely mutter out the simple words "thank you" through my quivering lips and deeply disappointed heart before abruptly ending our conversation.

I threw the phone onto the freshly cut blades of green grass where I was sitting on the step of the front porch and began sobbing uncontrollably in the palms of my hands.  I felt hopeless.  Her professional answer was to let-it-go and I had zero ability to do such a thing.

Thoughts flooded my mind with being enslaved to these negative emotions indefinitely. Experiencing these shame messages interminably. Battling these strongholds of unforgiveness continuously.

And yet, it was precisely here, this hitting rock moment, where I knew I had exhausted all human antidotes.

Where God penetratingly spoke far into my anguished spirit and whispered, "Are you finally done searching for artificial living water in wells with holes?"  "I AM your Living Water.  I AM what you are longing for. What you are chasing, searching, thirsting after, It is Me."

This defining moment led to a new found investigative work of digging deep into the knowing of Gods character.  I soon realized in order to let-go, the big, small and everything in between, I had to have an unshakeable knowing of the One in whom I was handing over that which must be let-go of.

And He did not disappoint.

Although this was not an overnight transfer, His undeserved kindness, His gentle intimacy, His relentless love, His unfathomable grace, His unwavering loyalty, His unmovable character; it all led my heart, mind and spirit towards freedom.  Until, that is, freedom no longer fueled my pursuit. Freedom soon became a secondary quest and a natural by-product to the One who now sat on the throne of my heart. Fulfilling every need, satisfying every hunger, comforting every loss, medicating every wound, and supplying every want.

It was Him all along.

The letting go? Well, this I know--there's no letting go unless we trust the One whom we are handing it over to.  Unless we know that what He has in replace of what we're about to lose is "exceedingly, abundantly, immeasurably above all that we might ask, think or imagine."

And let me say with all certainty, it is, dear one.