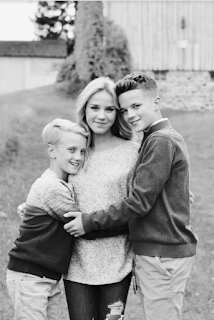 It was a cold wintery December evening when I walked-in through the side laundry room door, where multiple kid shoes, now all dripping of freshly melted snow, lined up one by one on the rubber mat.

It's a favorite scene of mine; a home full of friends gathering in our home.  Making messes, but making memories.  Making chaos, but making community.

Yet, on this evening, as I walked into the kitchen with both hands gripping multiple Meijer bag's holding food which would no doubt be inhaled within the hour on this particular evening, I noticed a group of the younger boys crowded around Jake. (*name changed to protect privacy:)  Jake is a regular to our home, but there was nothing regular about this scene.

My curiosity led me to the center of their circle where the infatuated, mesmerized and spell-bound eyes now all directed themselves.

And there they were.

Jake's shoes, that is.

But these weren't your every day shoes, like the ones sitting in my back laundry room dripping of now sloshy snow residue.  No, these were Gucci.  At least that's what my third born informed me.

"Goooochiii,"  he said with careful articulation, honor and holiness.

"What's Gucci?" I asked-- which, within 1.2 seconds I soon recognized I became the world's most un-coolest mom. ever.

"They're $800 shoes, mom.  Eight-hundred dollars," they simultaneously instructed me with an annoyed enthusiasm.

Immediately I was caught between the mental tension of both the ridiculous price of this particular shoe and the unanimous response coming from their mouths.

They weren't disgusted, but amazed.  Not repulsed, but attracted.  Not offended, but enchanted.

How is it I have twisted and skewed and grossly misrepresented the reality of the world in which we live, to these three precious children given into my care to instruct, teach and educate; I began to question on this particular night.   Because I know, deep within the core of my belief system, that talk with no walk and vision with no collision, inevitably leads a heart towards impaired vision.

And while in this moment, my unsettled emotions desperately required instant direction-- which led to a quiet corner of the house where I sit here now, with you.  It was in this space where I grabbed hold, with ten searching fingers and a saddened heart, His Holy and Perfect Word opened to the book of Acts.

Desperate for direction.  Parched for advise.  Needy for counsel.

His penetrating Word began to unravel the tangled internal mess and offer instantaneous clarity and certainty and clearness, as I read of the first group, the first people, the first church, the first Christians- and how they did life.

"All the believers were united in heart and mind.  And they felt that what they owned was not their own, so they shared everything they had.... There were no needy people among them, because those who owned land or house would sell them and bring the money to give to those in need."  *Act4.32,34.

And, as a direct result, they experienced "great joy" (Acts2.46.)--  the very essential ingredient often missing, lacking, depleted in the lives of those of us who live in excess.

Could it be, perhaps, that although joy is the most sought after, desired, wanted emotion of humanity, it's entirely possible that it's simply only offered as a natural response to a selfless, sacrificial, sympathetic, solicitous heart condition?

In God's continued incomprehensible goodness and perfectly timed plan, my oldest son and I were given the privilege, the opportunity, the honor to visit a friend last night.  A dear friend.  A loved friend.  A sick friend.    A friend with three young babies at home, currently unable to care for their needs due to this relentless, unwanted, painful and depleting disease which has gripped her fragile tent in which her beautiful and thriving soul resides in.

Yet, as she lay in pain and discomfort, the joy oozing from her home's atmosphere, from her husband's gentle smile, from her sweet glistening eyes; deeply overwhelmed both me and my son.   It was here, I was immediately reminded that a heart flooded with deep implanted heartache, can still be a heart absorbed with boundless joy.  And a heart saturated with painful circumstances, can still be a heart consumed with anchored hope.

And that's when it happened.  Last night.  Where the unrealistic Gucci-shoe-world collided with the realistic joy-in-the-pain world; as my son perfectly and divinely shared the antidote to life.

"Mom," he quietly whispered while staring down onto his lap as we drove away;  "I wish I owned Jake's Gucci shoes, because I'd sell them tonight and give the money to your friend and her family.  It belongs with them." 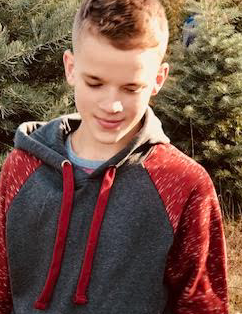 Little did he know, this new alive heart just emerged from the undiluted pureness, from the unadulterated selflessness, from the uncommon love of an unpretentious spirit residing in a highly saturated pretentious world.  Where the very words of Jesus still shake the depths of the earth's foundation:  "It is more blessed to give than to receive" Acts 20.35.

Give, and you will receive.  Your gift will return to you in full--pressed down, shaken together to make room for more, running over and poured into your lap.  The amount you give will determine the amount you get back.  Luke 6.38

"Since you get more joy out of giving to others, you should put a good deal of thought into the happiness that you are able to give."
-Eleanor Roosevelt